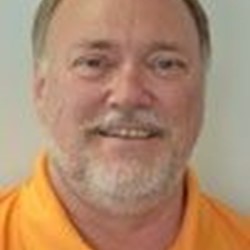 Bruce is a 1974 graduate of Cape Fear High School and a 1978 graduate of NC State University from the school of Business Management, with a minor in Economics. He began his career with Kraft Foods as a Sales Rep in Fayetteville, NC, later was promoted to Account Manager and transferred to Greensboro, NC where he met his wife Kathy, who at the time was employed with General Mills.He is a charter member of the Fayetteville LaFayette Rotary Club where he served as Secretary and President. In 1994 & 1995 Bruce was the March of Dimes Walk America Chairman and later served on their Board of Directors. In 1994 he graduated from the Chamber of Commerce’s Leadership Fayetteville , and lastly was proud to have served as PR Chair on the Board of Directors for the Cape Fear Botanical Garden.Bruce & his staff have been awarded several national awards including The Operational Excellence Award (5), Sales Achievement Award (7) and The Bronze Star Award. 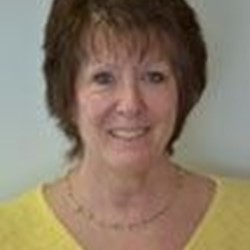 A native of Cary, NC she is a graduate of Cary High School and an alumni of NCSU. Employed by General Mills she moved to Greensboro, NC as a Territory Rep and later as an Account Manager handling Harris-Teeter. There she met her husband and shortly after their marriage moved to Fayetteville, NC to open Allegra Print & Imaging. Within 60 days they opened their center and gave birth to their only daughter. Kathy retired from General Mills in 1991 and came on board with Allegra full-time.Immediately she became involved with Fayetteville, she joined the Chamber of Commerce , participated and chaired the Ambassador’s, Co-chaired the Chamber’s Golf Tournament, graduated from Leadership Fayetteville and in the next year became an instructor. She has served on the Board of Directors for the Fayetteville Dogwood Festival, was the logistics chair for the American Heart Association’s 10K Walk, and helped organize Fayetteville’s first Optimist Club.Kathy is also currently serving on the Board of Directors of the North Carolina Defense Business Association.

what our customers say

The customer service is excellent. The staff is very friendly and patient. They provide you with options and are willing to take the time to discuss pros and cons. The final product exceeded our expectations. Most people did not know that we were selling our house by owner because the sign looked so very professional. We sold in four days. Thanks for all of your wonderful assistance.

Everyone was incredibly helpful and gave us great direction as we moved forward with the design for our buses. We are very happy with the way our buses turned out. Your team was great to work with.

3724 Sycamore Dairy Rd,Suite 100, Fayetteville NC 28303
REQUEST A QUOTE OR CONSULTATION
sign up for our e-newsletter

©2020 Alliance Franchise Brands LLC. All rights reserved. The trademarks and copyrighted designs contained herein are the property of the respective owners. Image360® is independently owned and operated. Image360® Centers may or may not perform or offer to perform electrical and/or installation work. If your local center does offer these products and/or services, it is their responsibility to comply with all state and local licensing and regulation code requirements. Your local Image360 can inform you if they perform this work, and if not can refer you to another qualified entity.